Spending a week in an English-speaking country is an adventure, not only because you get to experiment with the language, but also because you get to see a lot of new things. This time it was the 3BHW’s turn. Together with their English teacher, Andrea Hofer, and their form teacher, Wolfgang Ottowitz, they spent a week in Eastbourne. Attending school on four mornings, as well as doing different activities in the afternoons and at the weekend, were on the agenda. But let´s start at the beginning….

After the arrival in Eastbourne on Friday, 13th October, the students were picked up by their English hosts and had the chance to experience what life in English families is like. On Saturday and Sunday, London was calling. The most important sights like Buckingham Palace, Westminster Abbey, were covered. Some paid Mme Tussaud´s a visit. But of course, there was also time for shopping in Oxford Street, Camden Town, Covent Garden, the Hard Rock Café etc.

After this exciting but tiring weekend, the students went to school on Monday morning. In the afternoon, they had the chance to get to know Eastbourne a bit better. The highlight of the day, however, was a guided tour through Eastbourne College, an independent co-educational college with more than 600 students, both boarding as well as day students. Walking through the hallways of this old building and finding out about the requirements the school has, but also the possibilities it offers, was quite impressing.

On Tuesday afternoon, the first signs of tiredness spread among the students; consequently, they couldn´t really enjoy the flair of Brighton. On Wednesday afternoon, the batteries were full again, thus, nothing was hampering a trip to Hastings. Walking up to the castle enjoying the view, and down again into the old part of the town for some delicious fish and chips – a day we really enjoyed was not over yet. Some decided to finish the afternoon off in the cinema, whereas others wanted to make the best out of the day and pay Beachy Head a visit. Neither of the two groups was disappointed.

Finally, on the last day of the trip, Erasmus+ partner hotels were visited. In two groups, students had the possibility to get to know possible employers where they might do their three-month compulsory placements next summer.

All in all, it can be said that this was a week full of new experiences for both students and teachers.

Overcoming borders with the help of ICT 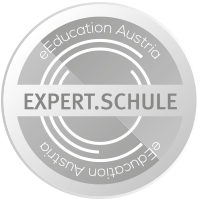